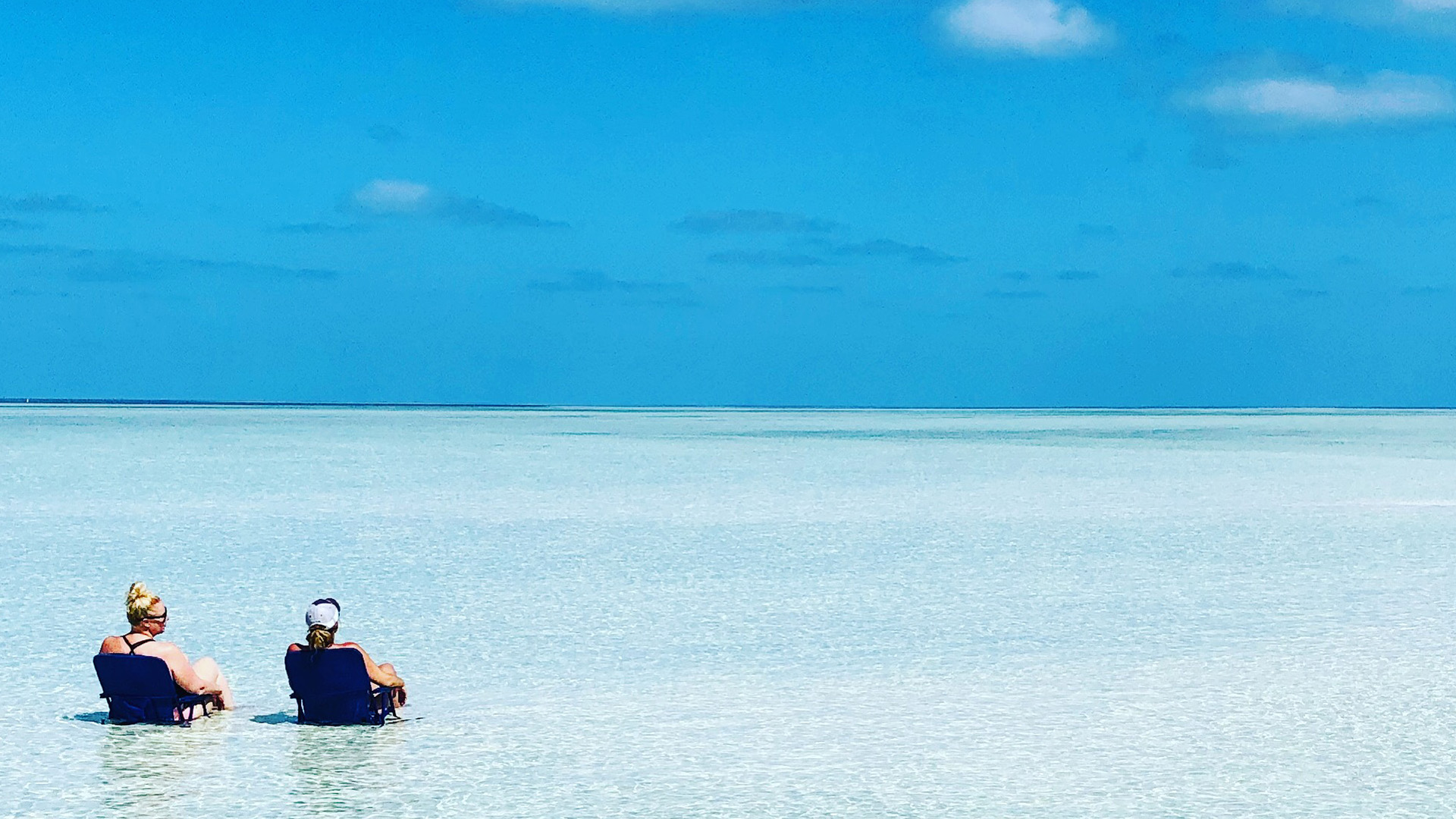 Make It What???… How Make It So Chaters got its name.

The name Make It So came to be not as you might think. Its actually a funny story that starts with the purchase of a 20′ Mako about 8 years ago. I had one of those aha moments one day when talking to my mom on the phone. She said “son, you have had a boat all your life growing up in Rhode Island and now your living in one of the best places imaginable for boating, Key West, and you dont own a boat”. Wow, what a blatently obvious an accurate assessment of my situation.

Needless to say, the next day I was searching Craigslist and low and behold there was a Mako for sale just a couple of keys up. Mako’s had been the boat of my dreams since I was a young quohogger back in Highschool. I had a wooden skiff at the time and some of my fellow quohoggers had the unsinkable, indestructable Mako. I truly believed some day I would own one.

Fastforward about 20 years, and add to this the strikingly obvious conversation with my mom, and here I was searching out Makos in the keys.

With great excitement I called the owner of the Mako and went to look at it. It was just what I had remembered. A solid, well made vessel, completely designed to make sure all the challenges of the rough open seas would be easily handled, and any adventure would be safely brought back to dry land. They made these boats from the very begining with materials that would make them impossible to sink. I would test this theory some time later but thats another blog for another time.

Ok, so this was a long lead up to the subject of this post. Hopefully it will add to the overall subject.

To this day I am surprised I never thought to ask the owner what it meant.  I must have been too excited by the thought that I would actually be buying the boat I always wanted since I was a young quahogger. (I like saying Quohogger)

Be that as it may, it was now mine. Although, Its  true I often wondered. I had come up with a couple ideas… maybe it was a Carpe Diem kind of statement? If you want to get a boat… Make It So!  If you want to go fishing…Make It So!  Seems reasonable enough. Or, maybe it is simply a play on words? Its a Mako. All the letters of Mako are in the phrase. Thats somewhat clever.

Well, here comes the funny part, or what I at least think is. All while I was pondering different possible origins of my new boat’s name I would have brief encounters where passer-bys would yell back at me “Make It So!” Huh? A boat full of people would cruise by me and yell back… “Make It So!” It slowly started to make me think something had eluded me in my pondering of the name of this boat. A couple of times I saw people offer a hand wave that looked a little odd like too much attention was being put on the wave itself. Almost like they were saluting me. It was even strange how the forklift operator who would pick my boat off the racks would make comments…”eye eye captain”, and “I’m giving it all shes got”.

I just kept filing all these wierd comments and actions somewhere back in my brain and most of the time just acted like I was in on the joke, ocassionally even saluting back.

Then, one day, when I was cruising back to port and coming through a narrow channel, the realization came to be. It took a guy from shore yelling back at me to make it all make sense. He simply said “I get it! Captain jean luc Peacard…Make It So!”, and gave me the thumbs up sign.  Off course I stuck with my typical reaction of pretending to understand the joke, I probably even saluted him because I know it’s what I’m supposed to do.  Of course, as soon as I got home I googled Captain pecard and right next to his name was the quote: “Make It So!”

Wow! Mystery solved just like that! All the giggles and laughs as boats passed me by was because they were either “Trecky’s” themselves, which surprisingly seems to be a lot, or they were simply amused with the connection and liked screaming out “MAKE IT SOOOOOO!”

To this day Im still not sure how I feel to be a part of the “Trecky” club. I am not obseed with the series, although I was an avid fan of the earlist ones with Captain Kirk and the hilariously bad special affects. Floating jellyfish attacking the crew, bad robot costumes where you could see underclothing at the elbows and waistlIne. Funny stuff! And of course as a kid the show really did make me wonder what was really out there and how amazing it would be to travel at hyper space and make friends with people with pointy ears and an awkward ability to socialize…”laughing is an illogical human emotion”. Good stuff!

Sorry. If you know me, you know I can be easily distracted and get off subject.

Back to the boat!  Now years later with the Make It So Charters business idea in formation, I had to think about the name of the boat again. I had heard that there were issues with changing the name of a boat once you own it. It is considered bad luck to change the name of a boat. There is even a protocol for doing so with specific steps to avoid bad energy. I don’t think it requires burning sage, but needless to say it is not taken lightly and careful thought needs to be given to this decision.

Well, long story somewhat shorter, I decided to keep the name as it does play nicely with what the Charter’s main focus which is.. flexibility. Rather than specializing on one specific activity, Make It So Charter lets the guest decide on what they consider to be the ideal way to spend the day on the water. So essentially, the name that was on the boat on the fateful day that it was purchased was already predestined to be the company credo.  We took it a step further by adding the tagline… “Specifically focusing on nothing in particular”

Next blog… Whats the deal with that goofy skeleton character?